Beyond The Battlefield Tours

This tour turned into a personal pilgrimage for one of the guests who had recently discovered that her Great Grandfather fought and was killed in the Battle of the Somme and his remains interred in the Faubourg d’Amiens Cemetery in Arras.

The Tour party left for France via the Euro Tunnel on a clear, bright and warm autumnal day, arriving at Arras in the early afternoon, allowing enough time to visit local attractions in the City and a stop for refreshments.

A guided tour of the Arras tunnels was followed by a walk around the two main city squares, with overnight accommodation at the Hotel Mecure, Arras Centre.

Up early on the Saturday and after a hearty breakfast, the party visited a number of memorials and cemeteries, whilst tracing the line of the Somme Valley north from the City.

First stop was at the Polish and Czechoslovakian Memorial at Neuville-Saint-Vasst, just outside the City limits, which afforded a superb view of a landscape fought over in both World Wars.   This vantage point allowed a panoramic view, stretching back from Arras towards the ridges surrouning the valley. 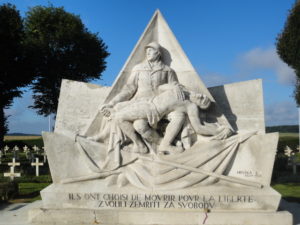 Visible from this spot, was the French Cemetery at Notre Dame Lorrette, Vimy Ridge, The Abbey, De la Vielle, at St Elmo and the sight of the first Tank Battle by British Forces at Flers-Courcelette .  We then moved on to visit the haunting French Military Cemetery at Notre Dame Lorrette.  There is a new memorial to all soldiers of all the belligerent nations known to have fallen between 1914 -1918 in the area. 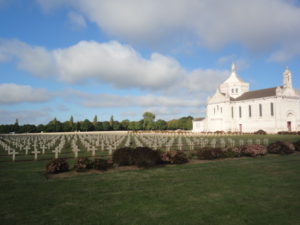 Next stop was the “Pals” memorial at Serre and walk around the battle ground, noting the recent commemoration of 100 years since the first Battle of the Somme by the placing of a Poppy for each British soldier to have fallen there. 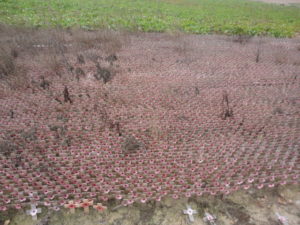 Moving on, we visited the Ulster Tower Memorial and the awe inspiring Thiepval Memorial which lists 72,000 names of the missing, before spending time in the Thiepval Visitors Centre. 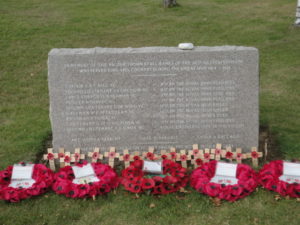 The last stop of the day was to the excellent Wellington Quarry Museum, Arras to discover how the British and Commonwealth forces fought a subterranean war.  Walking through parts of the 20 km of tunnels we discovered that the purpose was to allow 24,000 men to emerge and attack the German Lines on the 9th April 1917, at the same time as the Canadian Corp launched their successful assault on the vaunted Vimy Ridge. 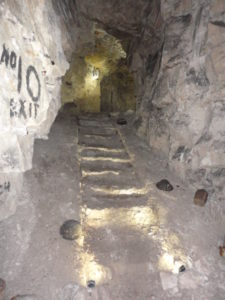 The pace slowed a little on the Sunday morning, as after a leisurely breakfast, the group made its way to the Faubourg d’Amiens Cemetery to pay their respects at the grave of Private Frank Herbert Massingham, the Great Grandfather of one of our party.  Interestingly the Cemetery also holds the national memorial to the Royal Flying Corp and the fallen of the newly emerging RAF. 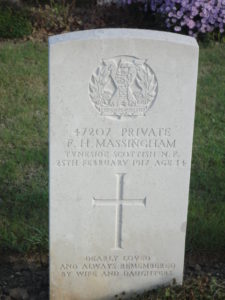 Following this sombre moment, the group return to Arras city centre to climb the Town Hall Belfry to take in the Battlefield vista before leaving for the return journey via Tunnel.

Beyond The Battlefields Tours