The Association left early on Friday morning, the 16th November for the long drive down to Mons, Belgium, to start the Kaiserschlacht & 100 day Offensive Tour.

After a rapid channel tunnel crossing, the weather deteriorated with heavy rain making the last few kilometers interesting.  However everyone arrived at the hotel Le Monte Cristo in good spirits.  The party then dined in Mons town centre, cooking their own steaks on a hot stone slab, whilst enjoying the local beers. 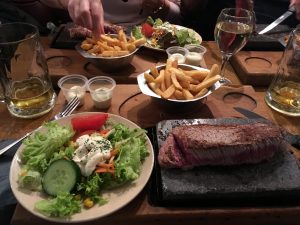 One of the highlights of the evening was the presence of the Christmas Fair, where members of the tour demonstrated their Archery skills and Yeomanry Horsemanship. 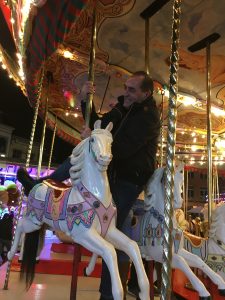 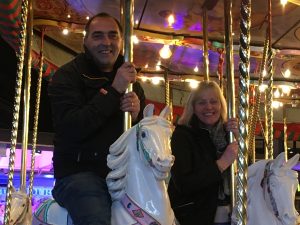 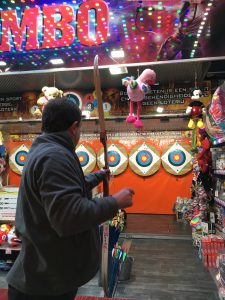 “I though this was Agincourt”

Saturday morning saw a sharp frost and an early start, heading for the famous Nimy Bridge, Mons, to discuss the formative and concluding days of the Great War. 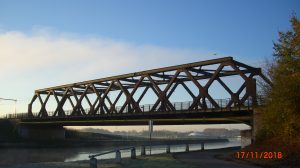 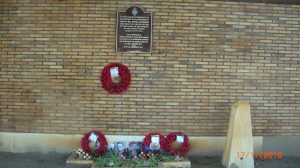 From the Nimy Bridge we moved onto to the Saint Symphorien Military Cemetery and visited the Grave of Lt Dease VC and the first and last British soldiers killed in action during WW1 – this site was visited the week before by the British Prime Minister. 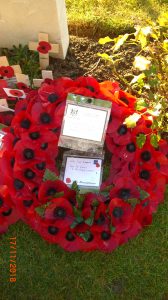 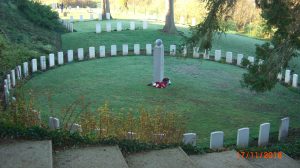 The next phase of the Tour saw us move into France only to be held up for sometime on the motorway, by the very start of the Yellow Vest Protests.

Eventually we made our way to the Templeaux Le Guerard Miltary Cemetery which holds the graves of 3 Suffolk Yeoman, belonging to the 15Bn Suffolk (Yeomanry) Regiment which saw their largest and most significant action of the 100 day Offensive on the 18th September 1918.

The part played by the Suffolk Yeoman was the prelude to the famous assault on the Hindenburg Line a few days later by the British, Australian and United States Troops, which resulted in the formal collapse of the German Army in France and Belgium.

A short service of remembrance took part at this location and a wreath was laid at the Cross of Sacrifice and individual wooden crosses at the Graves of CSM Chambers, Pte A Gray & Pte R Scott. 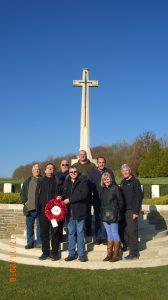 We then visited the impressive American Military Cemetery and Memorial at Bony, marking the US Army’s most significant action in this area. 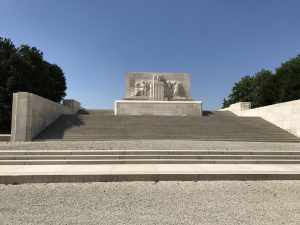 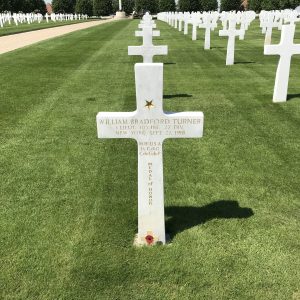 Then onto the Wellington Quarry, Arras, where we once again ran the gauntlet of the Yellow Vest Brigade.  We just made the entrance to the Tunnels due to the delay and the group donned their PPE before descending into to the subterranean world of the tunnels. 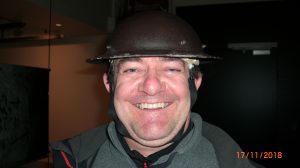 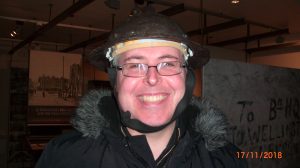 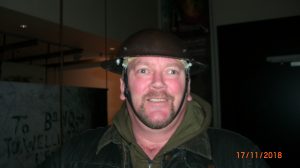 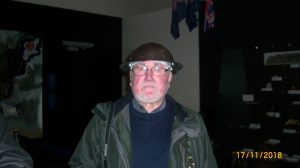 After the tunnel adventure, it was back to the hotel, for refreshments and the tour dinner.

The final day saw us visit the sites of  Neuve Chappelle and the Indian and Portuguese memorials. 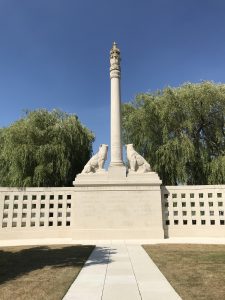 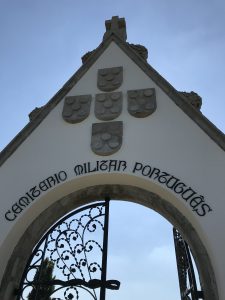 The afternoon once again saw us trapped by the Yellow Vest Brigade, but undeterred we pressed onto Auber’s Ridge and Fromelles, where both the Suffolk & Norfolk Yeoman passed on their routes north in 1918.  We were able to see and explore the formidable remains of the Hindenburg Line. 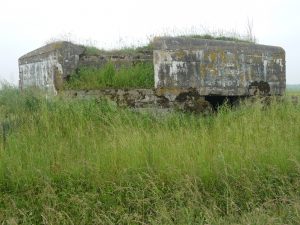 Our final stop of the day before departing for the Tunnel, was to pay our respects to the 32 men of the 12Bn Norfolk (Yeomanry) Regiment, buried in the Outtersteene Military Cemetery,  This was the most significant action by the Norfolk Yeomanry in Northern France on the 19 August 1918,  which resulted in the loss of 35 dead.  This action saw 6 x Military Medals, 1 x DCM and a Military Cross awarded for gallantry.

Once again we conduced a service of remembrance, laying a wreath and placing 32 individual crosses to the fallen. 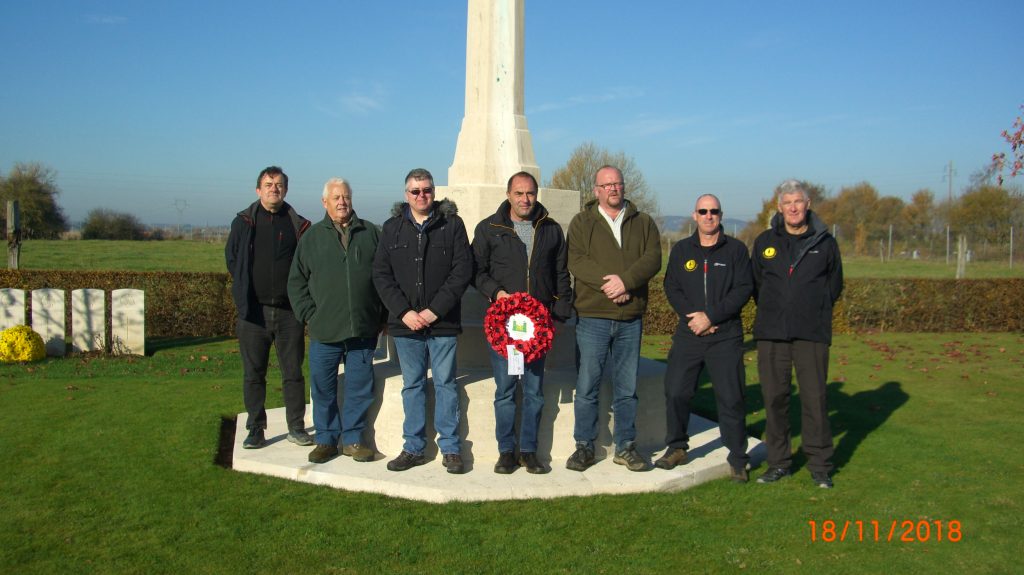 The tour finally returned home without any further interruptions by the Yellow Vest Mob, having been enjoyed as much by the guides as by the guests.