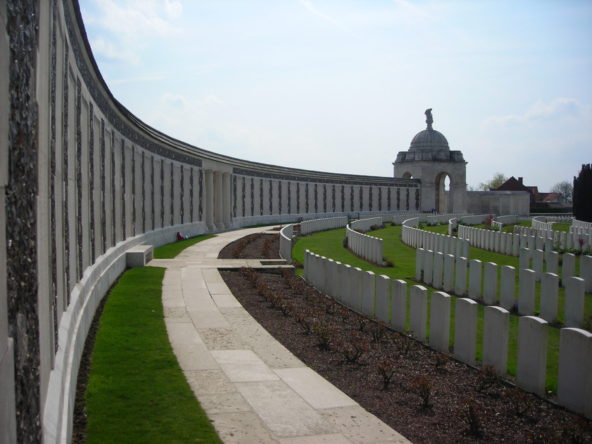 The Squadron invited the Association to organise a Battlefield Tour following the key battles of Messines and Passchendaele in 1917.  On the 14th July, the Squadron left Bury St Edmunds ARC along with Brian Greengrass and Trevor Jones and departed for Ypres, Belgium.

On arrival at the Hotel in Ypres the Sqn held an informal dinner with refreshments.  Saturday morning started early, with the Sqn receiving a presentation on the Battles of Messines and Passchendaele from the tour guides, Trevor and Brian, to set the scene for the next two days.

The group arrived at the first location, Ploegsteert Wood Memorial and museum, where a short service of remembrance was held for 3 fallen Norfolk Yeoman, commemorated on the memorial stone. 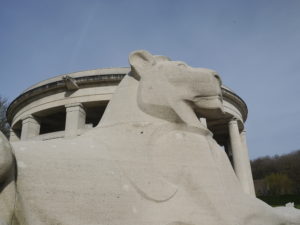 The group then moved to the Irish Tower Memorial Park, which dominates the Messines Ridge, where an explanation of the Battle of Messines was given. 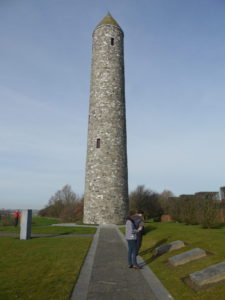 The next stop was Hill 60 and the Caterpillar Crater , where evidence of the underground war can still be seen today. 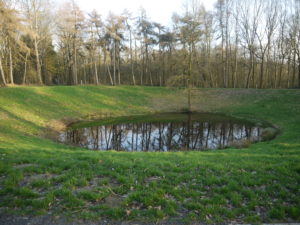 Then the party moved up to the Gheluvelt Plateau, where and explanation of the Battles for the Menin Road and Hooge were given. 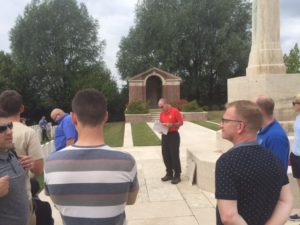 After a brief bite to eat at Hooge, the group moved on the 1917 Memorial Museum Passchendaele, Zonnebeke where time was spent exploring this major historical collection, before walking in the footsteps of the British soldier up to the front line at Tyne Cot. 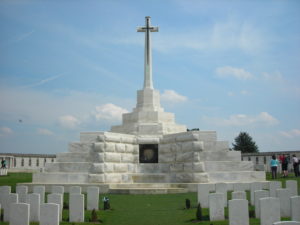 This concluded the first part of the tour, but was not the conclusion of the day’s activities for the Sqn.

The Squadron then paraded at the Menin Gate Ceremony as the principle military presence, paying their respects by laying a wreath at the memorial. 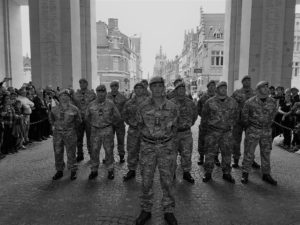 An early start on Sunday, took us to the Canadian Memorial at Crest Farm, where the final phases, capture and conclusion of the Third Ypres were discussed. 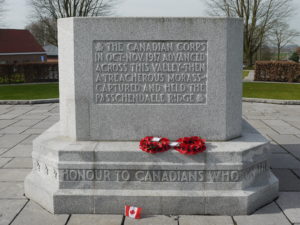 From Crest Farm we made our way along the Passchendaele Ridge which allowed the group to study the topography and reflect on the immense struggle by the British and Canadian Divisions as they moved up toward the village of Passchendaele, the focus of so much death and destruction.

The Langemark German Cemetery was the last stop on the tour, prior to departing to Calais for the return the UK.  The sombre contrast between British and German cemeteries was explained to the group. 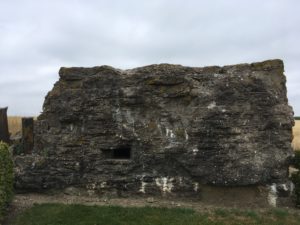 The tour turned into a personal pilgrimage for one Squadron member who had learnt that his Great Great Uncle was buried in the area but did know where, Brian and Trevor were able to research the location of his missing relative and provide time for the tour to visit his relatives final resting place in the Wytschaete Cemetery. 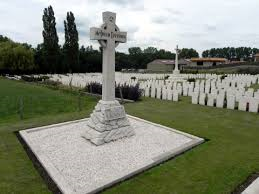 “Good morning I’m contacting the association as I recently visited Ypres with my squadron 677. I’d like to thank Brian Greengrass and Trevor Jones for a great trip and also for helping me in locating my Great Great uncles grave near Ypres. Since we have returned I’ve managed to get copies of his unit diary from the day he left Southampton to the day he was killed. It explains how he was killed and I have the grid ref for the point of death and initial burial. It’s interesting to see what and where his unit was working and billeted at this time. Once again a huge thanks”

Beyond the Battlefield Tours